If you are learning and thinking to learn C++ then I must suggest that you are on the right track because C++ is the object-oriented language which is the of numerous emerging technologies. In every other second, IT world speculates the future of the programming language and applies it on the new projects where C++ classes can be used. 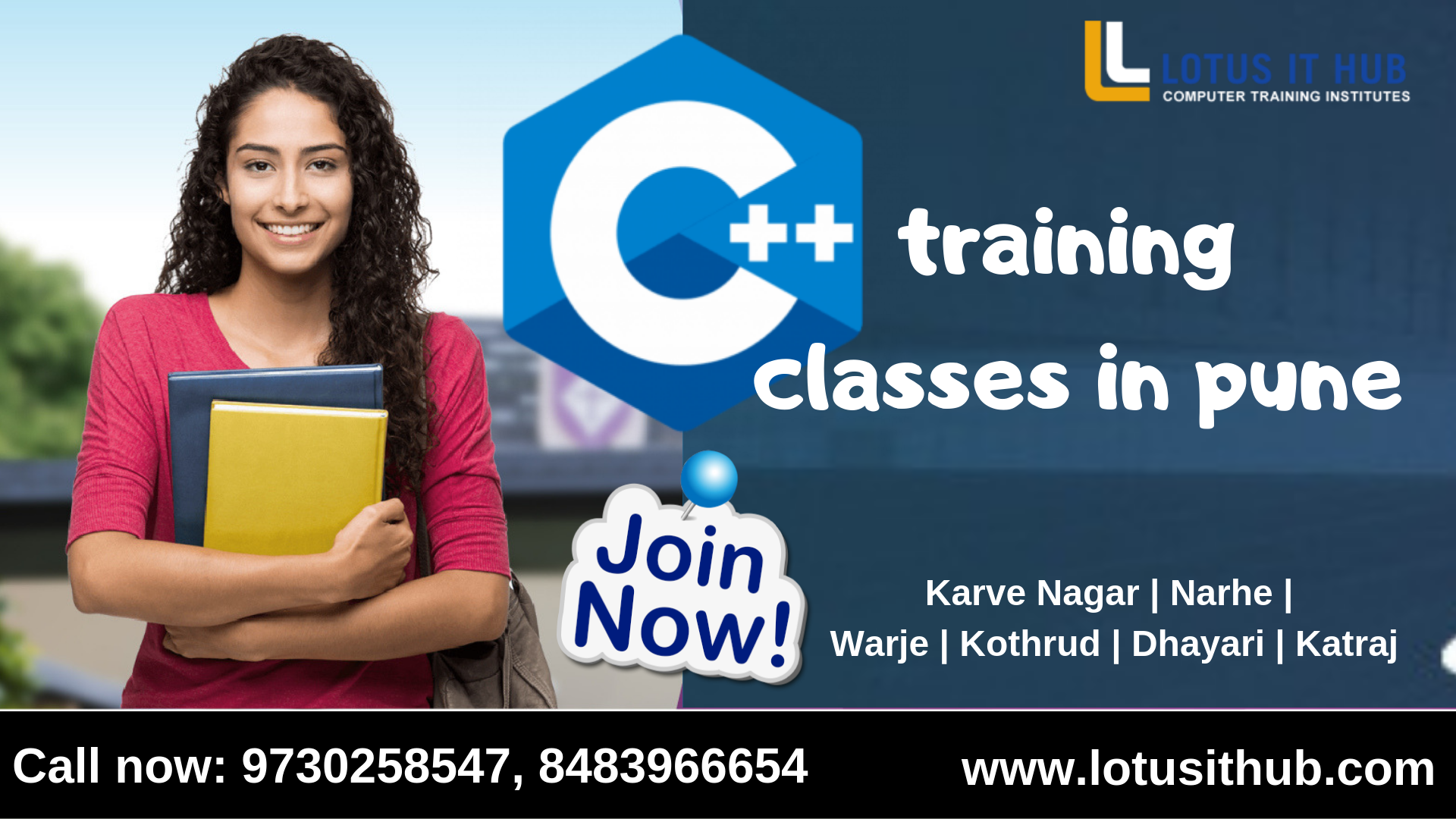 It is created in 1979 and earns popularity with its applicability among the software industries. At the learner stage or for beginner Cpp coaching is important because it will help them to make their base strong and to grasp multiple technologies on the same base.

Many people think that C++ doesn’t have any application but they don’t know the truth ‘under the surface’ but at C++ coaching classes in Pune aspirant can understand the flow of the language and applicability. The advantage package of C++ includes:

Object-Oriented Programming (OOP) is the core of C++ which aspirant can learn at C++ training in Pune. OOP concept is basically associated with the class and object other than that Inheritance, Polymorphism, Abstraction, and Encapsulation are four major pillars which make it strong. OOP as the name suggests “Object” is the main player in the language and the collection of objects creates a class. During C++ course in Pune you will come to know that it aims to implement the real-world entities such as inheritance, overloading, exception handling, etc. in programming.

At C++ software training, you can learn to bind the data together and functions that operate the data can access it. It will give you a superficial view of the C++ as one of the irreplaceable in most of the applications and that makes it unique besides of being lengthy.

LotusITHub is of the known and leading training institute in Pune with branches scattered across the City. We have our notable presence at Karve Nagar, Narhe, Warje, Kothrud, Dhayari, etc, which make the aspirant easy to approach regarding their queries. If you want to learn, C++, Python, Java, SQL, PHP, ASP.Net, or any other trending technologies you can visit our institute at any of the above-mentioned branches and we will assure you with the proper guidance. LotusITHub has a team of technical experts from various fields to make you train in each field. Conquer the path of success by visiting us right now!