Get Started With Angular JS At LotuITHub

Angular is the globally used web development framework in all the industrial verticals to get the job in this highly competitive market. Today, when the economy is moving down Angular JS certification, can make a platform for you with a handsome salary. However, if you are still not familiar with this technology then let’s start from scratch. 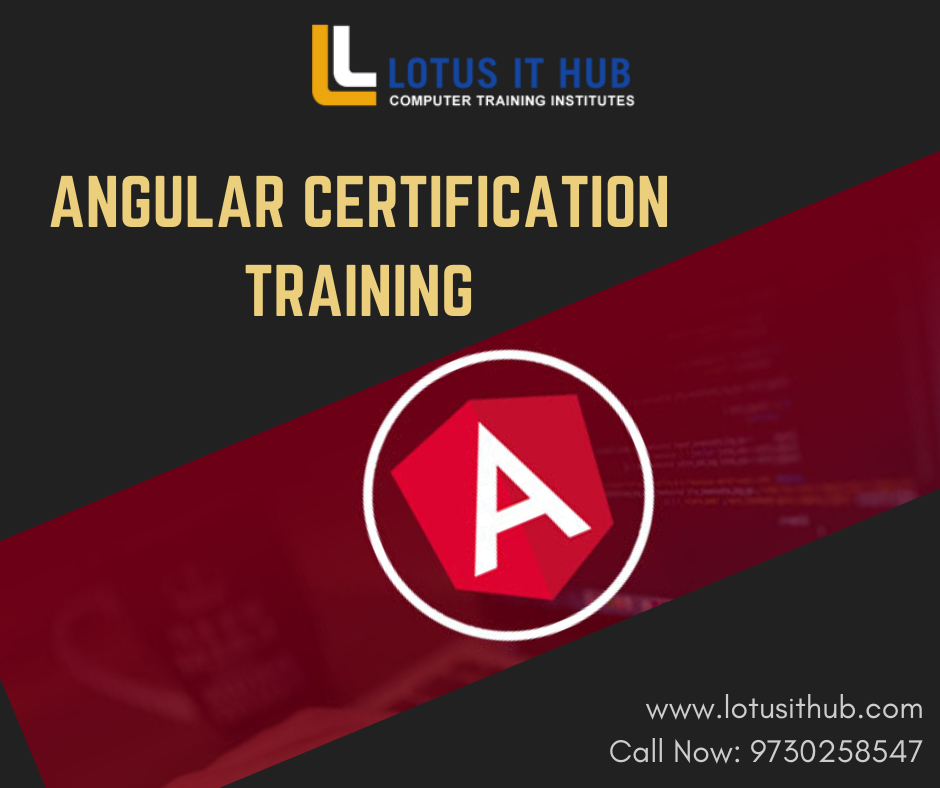 What are the learning objectives of the Angular JS classes in Pune?

Angular JS course will help you in basic web application development starting from single and multiple page application. Topics LotusITHub cover in Angular JS training is given below:

Angular JS certification in Pune will teach you about Angular components and data binding to build the application layout using selectors, templates and styles.

Analyse The Evolution Of Angular JS

In the Angular JS training, an aspirant will learn JavaScript libraries to reduce the code length and makes the HTML document traversal whereas Ajax is simpler with an easy to use API. Angular JS is specially designed to lessen the developer efforts by providing the structural environment.

During Angular JS classes in Pune, our experts will make you aware of the JavaScript and JQuery which are the important pillars of the Angular JS. Angular JS is multifeatured language and it is one of the most demanded software programming languages across the globe.

LotusITHub is one of the well-known and reputed Angular JS training institute in Pune, we have experienced industry experts and our board. Our Angular JS course covers al the syllabus with the practical approach, we make sure that our students will implement their study on the live project. This experience makes them aware of industry standards and boost-up their practical knowledge. LotusITHub has their branches in various areas Pune like Karve Nagar, Dhayari, Warje, Narhe, and Kothrud; interested candidates can visit our institute anytime to attend the FREE demo session and to know more please click on www.lotusithub.com.